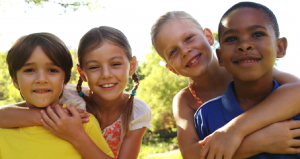 The term “child abuse” refers to the violence, mistreatment or neglect that a child or adolescent may experience while in the care of someone they either trust or depend on, such as a parent, sibling, other relative, caregiver or guardian. Abuse can occur just one time or happen repeatedly. It is also a misuse of power and a violation of trust.

An abuser may use a number of different tactics to gain access to a child, exert power and control over them, and prevent them from telling anyone about the abuse or seeking support.

Abuse can be Physical, Sexual, Emotional and Neglect: 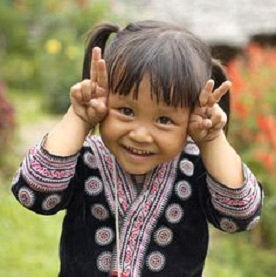 Physical may consist of just one incident or it may happen repeatedly. It involves deliberately using force against a child in such a way that the child is either injured or as at risk of being injured. (These include: beating, hitting, shaking, pushing, choking, biting, burning, kicking or assaulting a child with a weapon.)

Sexual abuse and exploitation involves using a child for sexual purposes. Example of child sexual abuse include fondling, inviting a child to touch or be touched sexually, intercourse, rape, incest, sodomy, exhibitionism, or involving a child in prostitution or pornography.

Emotional abuse involves harming a child’s sense of self which may include verbal threats, social isolation, intimidation, exploitation, or routinely making unreasonable demands. It also includes terrorizing a child, or exposing them to family violence.

As a result of an amendment to the Criminal Code of Canada that came into effect on May 1, 2008, the age of consent for sexual activity is now 16 years old. By law, adults (18 or older) can’t have sexual relations with anyone under 16. Peer group exceptions apply for those youth close in age to ensure that the law doesn’t label consensual sexual activities between young people as criminal offences. It is not a criminal offence if:

These exceptions only apply if the older person is not in a position of authority or trust and there is no exploitation or coercion.

By law, adults can’t have sexual relations with a person aged 16 or 17 within a relationship of trust, authority, dependency, or where there is other exploitation. This could include coaches, teachers, and employers, among others. As well, 16 and 17 year olds can’t consent to sexual activity that involves prostitution or pornography.

The law is clear that young people under the age of 12 can’t give consent at all. Sexual activity includes any sexual behaviour from touching for a sexual purpose (kissing, for example) to sexual intercourse. Sexual exploitation happens when someone older or in a position of trust or authority takes advantage of a younger or more vulnerable person for sexual purposes. A sexual relationship can be exploitative even if the young person is older than 16.

The age of the individual, the age difference between the people, how the relationship developed, and the amount of control or influence the older person has over the younger person are all considered when deciding if a sexual relationship is exploitative:

It’s a crime to involve people under the age of 18 in exploitative sexual activity, including prostitution and pornography.

Almost 6 in 10 women with children who were assaulted by spouses said their children witnessed the violent episode.  Children who witness domestic violence SEE actual incidents of physical and/or sexual abuse, HEAR threats or fighting noises from another room, or OBSERVE the aftermath of physical abuse such as blood, bruises, tears, torn clothing and broken items.  Children may also be aware of the tension and fear in the home.  Children may be fearful and anxious, hypervigilant, worried for themselves and their mothers and siblings, may blame themselves for the abuse.  Because mom is struggling to survive, she may not be able to be fully present for her children and they may be starved for attention, affection and approval and feel physically, emotionally or psychologically abandoned.  Children who grow up in violent homes may replicate the use of intimidation and violence in their teen, adult and parenting experiences.  Boys who witness their mother’s abuse are more likely to batter their female partners and girls may grow up to accept threats and violence as the norm in relationships.

The Caring Dads program (www.caringdads.org), developed locally is an group intervention program for men who have abused or neglected their children or exposed them to domestic violence.  As well, programs offered to children who have witnessed domestic violence, including Anova (www.anova.org) and Women’s Rural Resource Centre (https://wrrcsa.org/), provide support and safety.

Each of these offenses, if convicted, may result in varying mandatory minimum periods of imprisonment.

For more information see the Department of Justice fact sheet at http://publications.gc.ca/collections/Collection/J2-295-2002E.pdf or download your copy here: http://www.capclm.ca/wp-content/uploads/2016/08/FACTSHEETJ2-295-2002E.pdf